NetApp was founded in 1992 by David Hitz, James Lau, and Michael Malcolm as Network Appliance, Inc. At the time, its major competitor was Auspex Systems. In 1994, NetApp received venture capital funding from Sequoia Capital. It had its initial public offering in 1995. NetApp thrived in the internet bubble years of the mid 1990s to 2001, during which the company grew to $1 billion in annual revenue. After the bubble burst, NetApp’s revenues quickly declined to $800 million in its fiscal year 2002. Since then, the company’s revenue has steadily climbed.

In 2006, NetApp sold the NetCache product line to Blue Coat Systems. In 2008, Network Appliance officially changed its legal name to NetApp, Inc., reflecting the nickname by which it was already well-known. On June 1, 2015, Tom Georgens stepped down as CEO and was replaced by George Kurian.

In May 2018 NetApp announced its first End to End NVMe array called All Flash FAS A800 with release of ONTAP 9.4 software. NetApp claims over 1.3 million IOPS at 500 microseconds per high-availability pair. In January 2019 Dave Hitz announced retirement from NetApp.

As a Software Engineer you will work as part of a team responsible for participating in the development, testing and debugging of NATE, the test automation framework which is a core of NetApp test automation.  In addition, you will participate in activities that include testing and debugging of operating systems that run NATE automation tools.  As part of the Research and Development function, the overall focus of the group is on increasing productivity of NetApp engineering teams by enhancing automation framework and tools. Software engineers focus on enhancements to existing products as well as new product development.

This position requires an individual to be creative, team-oriented, a quick learner and driven to produce results.

The interested and eligible candidates can apply to the NetApp Off Campus Drive through online mode. Shortlisted candidates will receive the intimation to their registered e-mail id about the further selection process. 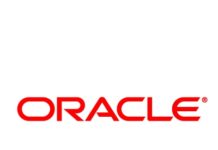 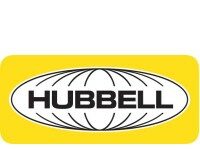